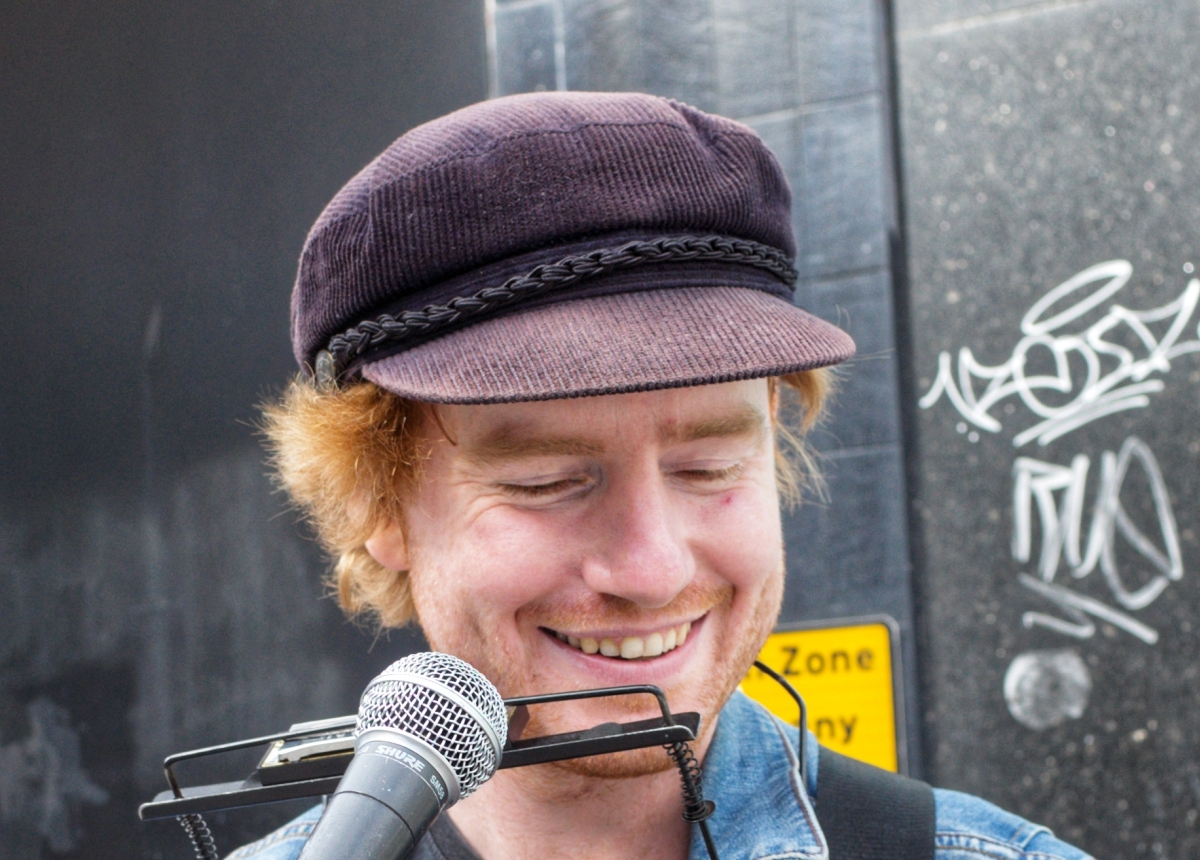 Ali Horn tells us, exclusively, he’s looking to a June release for his album, Balcony Boys. We’ve had a sneak preview and a chat with Liverpool’s answer to a psych version of Steve Gunn.

Life over the past 12 months hasn’t been easy for Ali Horn. Deciding to go it alone after years of playing with Strange Collective, and that Covid thing getting in the way, he’s been carving out a sound of his own and a niche that fits.

He’s written an album! It will be called Balcony Boys and it’s going to the people with things that make grooves on plastic tomorrow. We’re all excited for this one. It looks like it will be out by June 2021.

Ever cheerful and all smiles, he’s moving into a distinctly Route 66 feel with his current songwriting. We dig it. A lot.

Ali was good enough to send us the rough edits of the album and we so wish we could share some of them here, but you’ll just have to be patient. Just be assured they’re all ace tunes and they reflect his year, the good bits and the bad bits.

Ali: I’m in my flat and I’m drinking lager. I’ve moved twice since I last saw you, and actually, twice in the last three months, so I’ve been in a state of upheaval. And, somehow still recording and managed to get this album out. So, it’s been fucking mad stress. A lot of packing and unpacking.

P3dro: Where abouts are you now?

Ali: Just off Lodge Lane. It’s sound. I think, when I moved to Liverpool, about 15 years ago, I’d never explored the area at all. It was one of those places I’d pass on a bus route and I’d just never hung around here. It’s boss. That big green food store is amazing.

P3dro: So, yeah, big news in Ali Horn world is the new album.

Ali: Yeah, yeah. I’ve somehow fluked it. I kinda just talked myself into it, really. After the last single, I just, somehow, pulled it all together.

I’d started recording stuff in my old place, about six months ago. And the constantly demoing and demoing and demoing. And then, I’d guess, for the last three months I’d been putting all the demos into little playlists and listening through and getting really pernickety, changing out songs and thinking: “No, that’s not the album”, but then I finally settled on a body of work that fits with what I want to say and what I want to be, musically.

I’m super happy with it. I have just got the first mixes back. I’m getting Chris Taylor from Parr Street to mix it. It’s unbelievable. Not in a big headed way, but from what I’ve given him to what he’s come back with. It sounds huge.

I’m chuffed and I can’t wait to get it out.

I’ve somehow started a label as well! Which is kind of fun. I’d had this idea for a while, just to have a name to put my own stuff out. But it snowballed and got bigger and bigger. It’ll be called Loominance Records. It’s a kind of art collective and we just want to make cool stuff. It’s all early stages at the moment and until we can get premises, we can’t really do much, but … The album will be the first release on that label, which is kinda cool!

Ali: I did everything at home and then I did a drum day at Zooniverse. They have a pretty cool set up and a drum kit. So, I just went there to record the drums. It’s a bedroom record that I somehow fluked.

P3dro: Is there anybody else on the new album?

Ali: I have a friend, Connor, playing drums on five of the tracks and Barney Goodall doing keys on one of the tracks, but the rest of it is just all me. Which is kind of funny.

It’s been interesting going from having a practice room as a full band [with Strange Collective] because that’s how I’d been used to playing, going in with an idea and playing that to other people. And then to flip that to last year has been a super different writing process.

But I’m glad to have had the time to be able to make bad decisions and then correct them. To make mistakes and then to have enough time not to be worried about them. Everyone has been on standby, so it was nice to have a bit of breathing room.

P3dro: How has the last 10 months been for Ali Horn?

Ali: Fucking hell. I feel like I’m a completely different person. So much shit has happened. I think, once I was able to stop worrying about money. I got to a point where most of my savings had evaporated [and I got Universal Credit] which I’m thankful for – a lot of people don’t have that support. I just live cheap and am productive at home.

It’s been a weird year. And that’s reflected in the album. My brother had health issues and that had a massive impact on me, to make me realise what’s important. So the money thing became nothing. It means nothing when there’s shit like that going on.

But, for me, I’m in the best shape of my life, I think. I feel really confident about this album.

P3dro: And you can’t even busk anymore.

Ali: Yeah, that was the last straw. Busking over the summer were some of the best times. We were playing in Sefton Park mostly. I’d never thought, in a million years I’d do that there as a regular occurrence. Sometimes the money was crap, sometimes it was great. But, every single time we played people would come up to us and say: “You’ve proper cheered me up, there. That’s sorted my head out”.

All sorts of people would come and say they’d not been to a gig or heard live music for so long. It made me feel unbelievable.

P3dro: Recommend a band or an album you think we should be listening to right now.

Ali: There’s two. I’ve been listening a lot to John Witherspoon’s album, ‘Showin’ Up, Startin’ Again‘ which is so really well crafted. And he’s a fucking great guy.