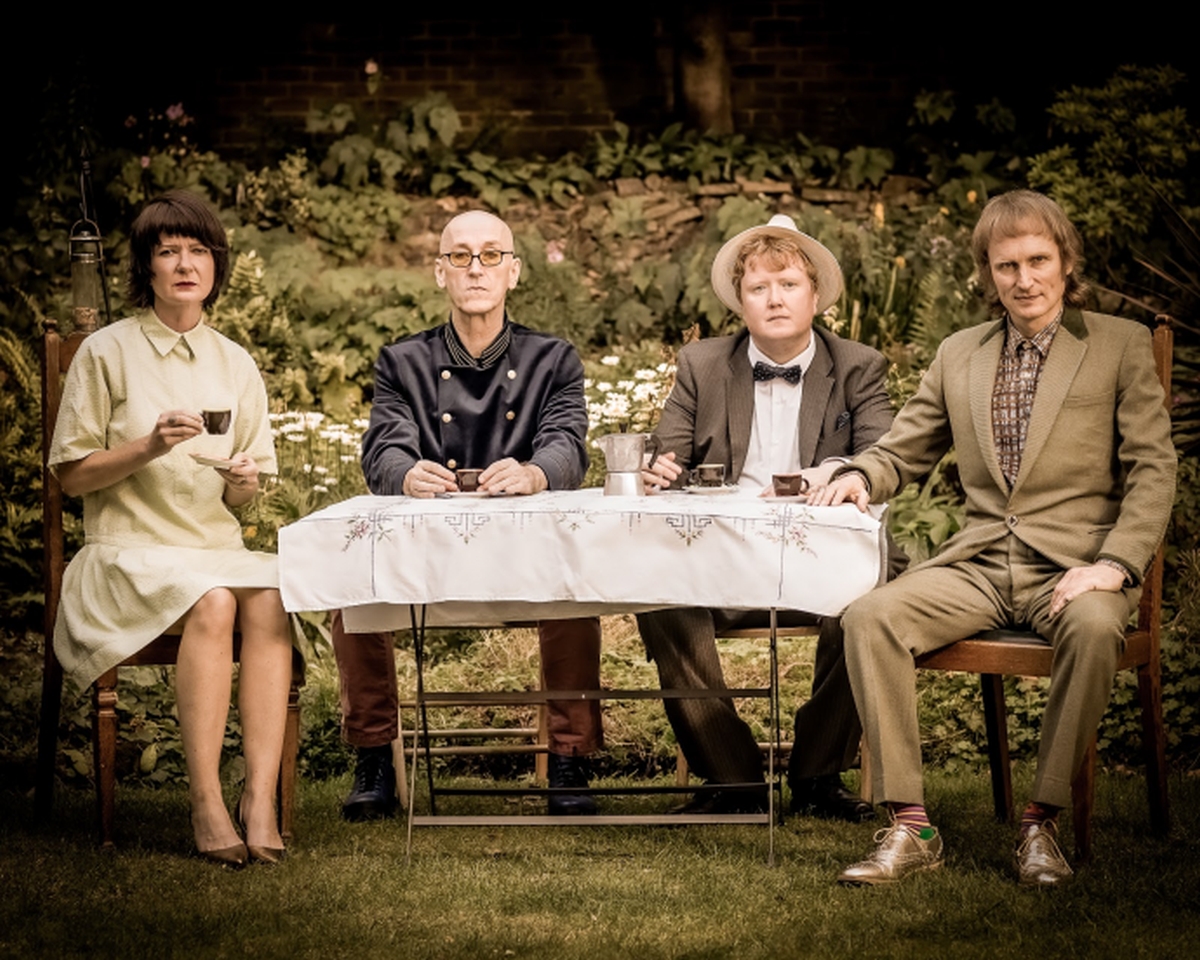 Micko & the Mellotronics have announced their upcoming debut album: ½ dove – ½ pigeon – out on 27 November 2020, via Landline Records.

“I titled the record ½ dove – ½ pigeon because I thought it was an honest reflection on how most people see themselves…” muses Micko of the record’s intriguing title. Tongue firmly in cheek, it’s an early indicator that this is a record of a different breed.

Packed with Jarvis-esque lyrical quips, wry humour and a gleeful sense of experimentation, ½ dove – ½ pigeon takes us into the idiosyncratic mind of Micko Westmoreland; a musician, actor and creative.

Signed to Trent Reznor’s Nothing Records in the early noughties, Westmoreland is already well known for his releases as The Bowling Green and under his solo moniker.

As The Mellotronics, he finds a kindred spirit in Jon Klein; best known for his work with Specimen, Siouxsie and the Banshees as well as scoring a #1 album with Fangoria last year.

From the observational to the personal, Westmoreland is a songwriter unafraid to put some of the world’s peculiarities and his own fascinations under the microscope. On ½ dove – ½ pigeon he offers ruminations on a kaleidoscopic gamut of topics.

Tracks such as explosive opener Noisy Neighbours, previous single The Finger and Sick & Tired (the first track penned for the record) find Westmoreland blowing apart the petty and mundane in life with rollicking ripostes.

Elsewhere, the likes of You Killed My Father, Psychedelic Shirt and Good Friend find time for reflections on the passing of time and of bygone eras. These are songs packed with “an emotional quality, but one that goes easy on the violins & dressing” jokes Micko.

Westmoreland crams in innumerable references to pop-culture, philosophy, history and more throughout. From punk-rock ditties about Filipino dictators (Imelda) to philosophical fantasies about the work of eminent psychologist Georg Eifert (The Fear) and life imitating art in New York City (Halcyon Days), ½ dove – ½ pigeon is an education of the most eccentric and electrifying kind.

Over the years Westmoreland has built-up an array of TV & film connections and a fascination with drama intrinsically spills into this new record too. Westmoreland has also cut his soundtracking teeth on scores for numerous feature films by acclaimed director and sibling: Wash Westmoreland (Still Alice, Colette).

“I’m interested in kitchen sink type themes & often reflect upon this through comment or discussion which often comes from the mouths of others; day to day stuff,” says Micko. “I’m interested in using headlines but not always mine; my take is in the small print. So the tracks are tiered a bit like a wedding cake, they can be liked or disliked for that matter on any level.”

½ dove – ½ pigeon is the first release in which Westmoreland is joined by his impressive backing band: The Mellotronics. Forming in 2017, the Mellotronics initially began playing out as a three-piece with founding member Nick Mackay (drums) and the enigmatic addition of Vicky Carroll (band “wicket keeper” and bass player).

Making steady headway on what would become their debut album, a chance encounter in 2018 with revolutionary guitarist Jon Klein (Siouxsie & the Banshees / Specimen) would prove to be a pivotal moment. As Klein and Westmoreland hit upon an instant and stimulating creative chemistry from the off, ½ dove – ½ pigeon began to really take flight both live and in the studio.

An array of special guest musicians and songwriters also crop-up throughout the record. The Specials’ bassist Horace Panter contributes to The Finger and Sick & Tired. Plus the former Monty Python / The Rutles / Bonzos great: Neil Innes lets his playing skills shine on You Killed My Father.

An album of slick new wave and razor-edged rock’n’roll, packed with even sharper quips and bone-dry witticisms; ½ dove – ½ pigeon invites you to revel in the obtuse and celebrate pop’s avant garde with a novel and inclusive sense of fun.

While quite happy to leave convention and commonality at the door, it’s a record that always knows not to take itself too seriously but with a point. The world is surely serious enough right now…