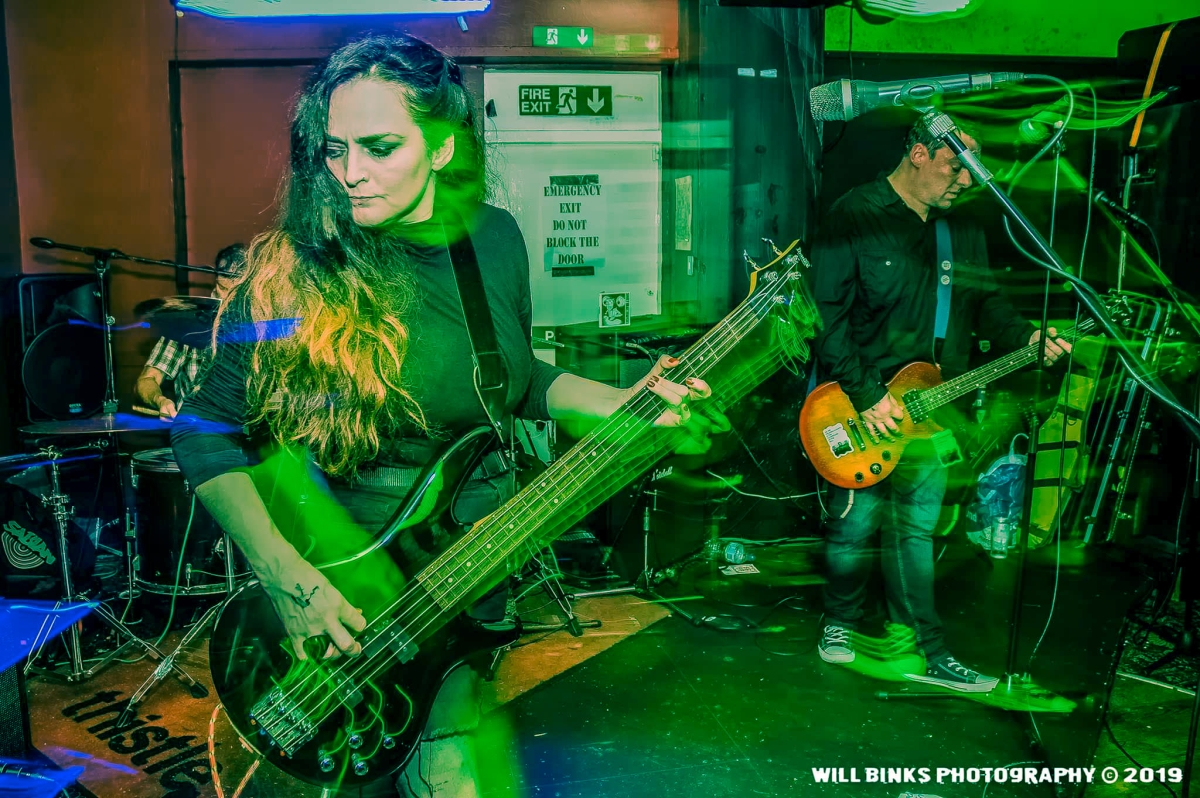 Shot Balowski are the latest band to have a crack at the 13 Questions. Read their views on first CDs, swearing and last meals.

We’ll confess it was one of those internet wormholes that led us to land on Shot Balowski’s Bandcamp page. We’re not quite sure how we got there, you know how it is, but we were seriously impressed with what we heard.

Shot Balowski are Debbie Ullrich on bass, Tef Lovegrass on drums and Simon Whittle on guitar and vocals. Tef and Debbie live in Carlisle, and Simon in Glasgow.

The band’s self-titled debut album surfaced last year and it’s a belter. Trust us. Full of punk outrage, done with style and topped off with a quite frankly superb cover of Bob Marley’s Redemption Song, this was a great find and an instant fave. And a bargain at £4. What’s not to like?

We definitely needed to find out more about this bunch.

With campaigning songs such as Emily Does (about Emily Davison, the Suffragette who was killed by King George V’s horse Anmer at the 1913 Derby) and Destroy The Daily Mail (which needs no explanation whatsoever), this is a band that demands our attention. And deserves it, too.

So, let’s see how they approach our 13 Questions. We got 39 answers. Read on.

1. Where are you and what are you doing?

Debbie (bass): On a minibus, in Cumbria, COVID-testing.

Simon (guitar/vox): At home in Govan. Just chilling out, watching those ghostie shows where they don’t see any ghosts.

2. What is your favourite view?

Debbie: The ocean, the moon or my cat.

Tef: The view from the latest fell I climbed.

3. What’s your favourite swear word, and why?

Debbie: ‘Kent’. Probably. It’s just four letters and it’s really offensive, so why would it not be my favourite swear word?

Tef: Shit. Shite. Sheeyat. Shit on it. Shitting hell. Got any shit?

4. What was the first record / cd you bought with your own money?

Debbie: First CD – REM, Monster. I was reluctant to move from tapes…

Simon: Over easy, especially with leftover veg chilli on toast. 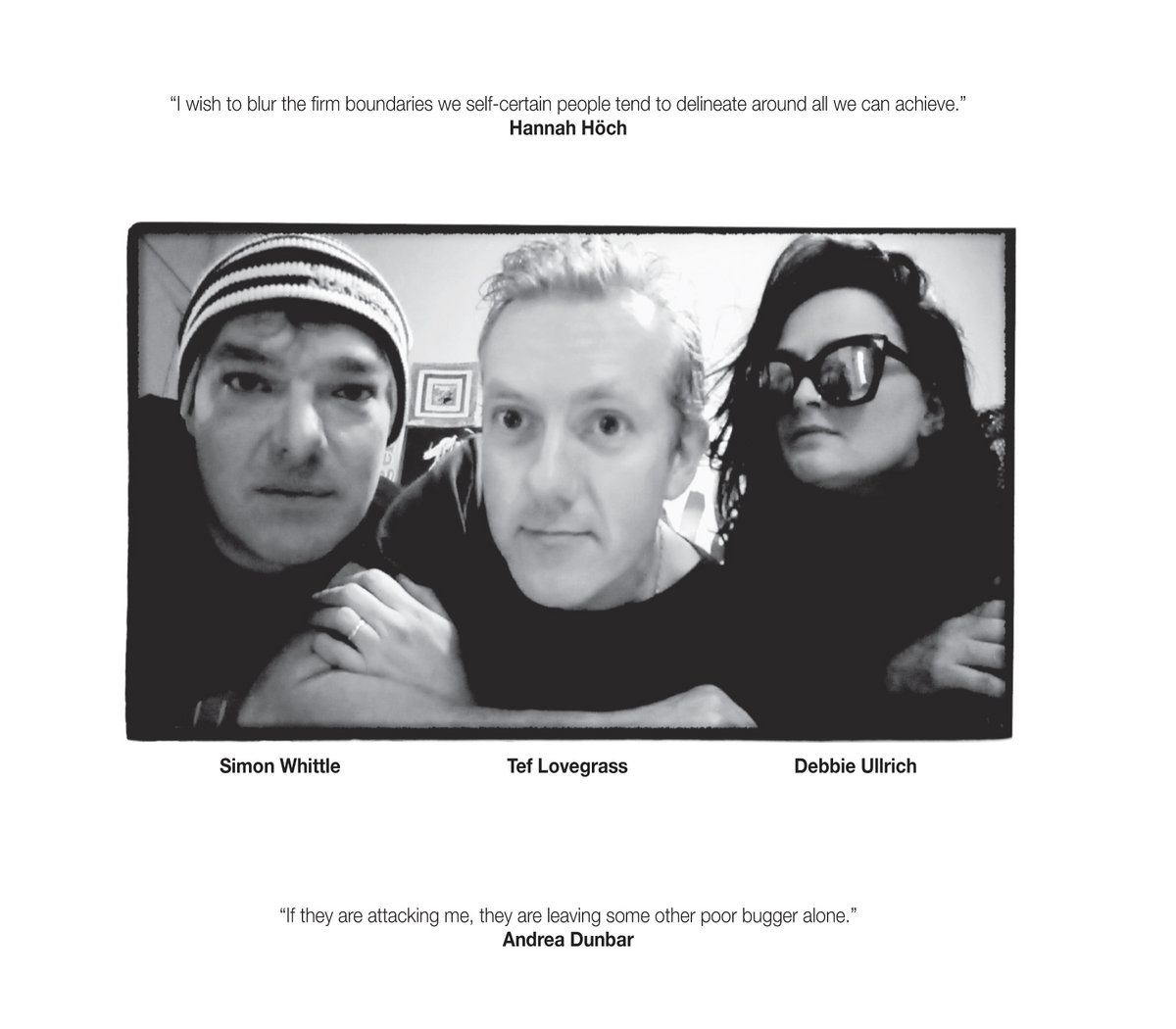 6. If you could go to a gig right now, anywhere in the world, which band would you see? And in which venue?

Debbie: Deftones in Japan, or Russia – wanna visit those places.

Tef: With no time m/c available probably Green Day at some 400 capacity venue.

Simon: We’ve got tickets for the Manics NHS shows in Cardiff – I just wanna go to that.

Simon: You bet your ass! 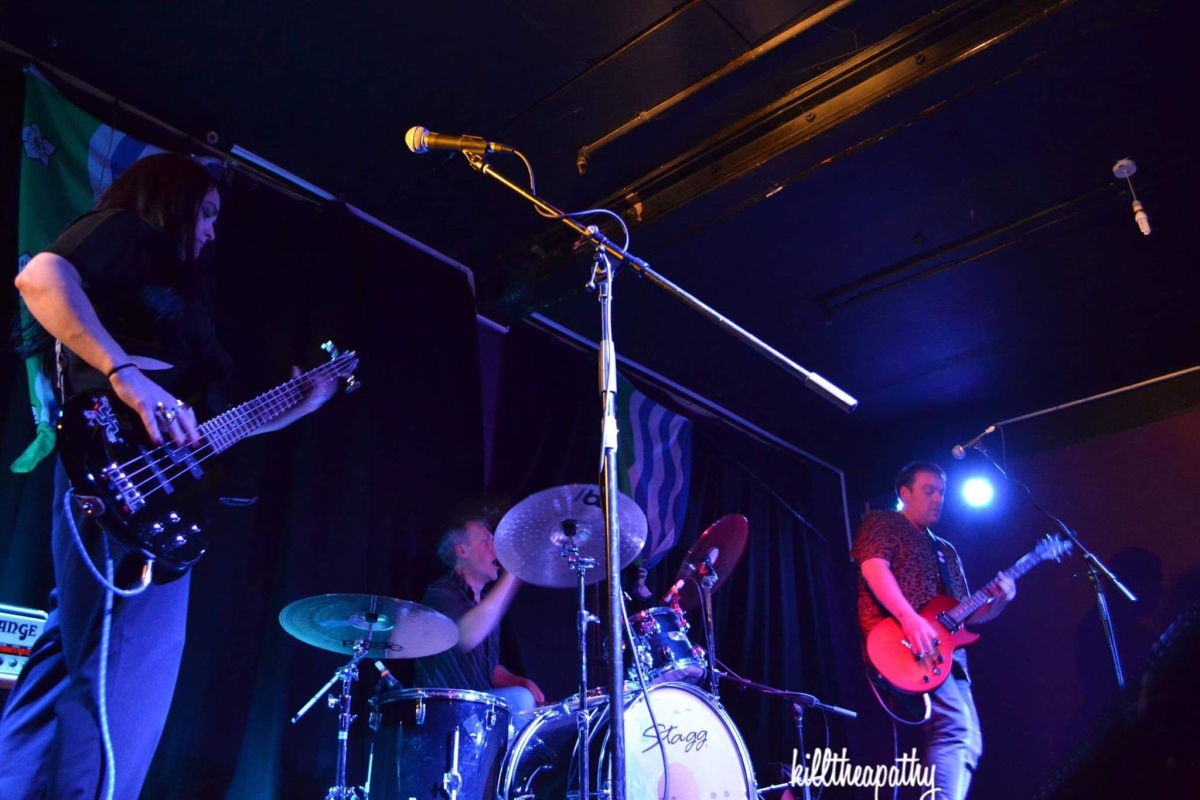 8. What’s your favourite season and why?

Tef: No fave. Each has its own vibe, but you can’t beat a long sunny afternoon into a warm night. Nice…

Debbie: It wouldn’t be a secret anymore, cheeeeeeeky!

Tef: Don’t have any.

Simon: I opened our emergency Thatcher death champagne the night before she died.

10. Which city do you recommend we visit – and why?

Debbie: Hmm. Hard one. Erm… Berlin is ace for its architecture, history, drink and art. Schön!

Tef: NY. There’s something round every corner. Expensive though so maybe Glasgow! Lots to see and do (usually).

Simon: Paris or London – anywhere big with a massive subway and shit to see.

Debbie: I love coffee n tea but I guess a good cold lager or shot of Pernod/Ouzo… well, how ’80s!

Simon: Red Stripe or brandless white rum with cheap diet cola and lime. Or tea if it’s a weekday.

12. What would be your final meal if you were on Death Row?

Debbie: A reet good rich hot Indian. With lots of sides… like, a hundred sides… and one chopstick… and… a heroin sponge pudding. LARGE portion…

13. Do you have anything else to declare?

Tef: No, your honour.

Simon: 200 fags and a Jéroboam of Babycham.