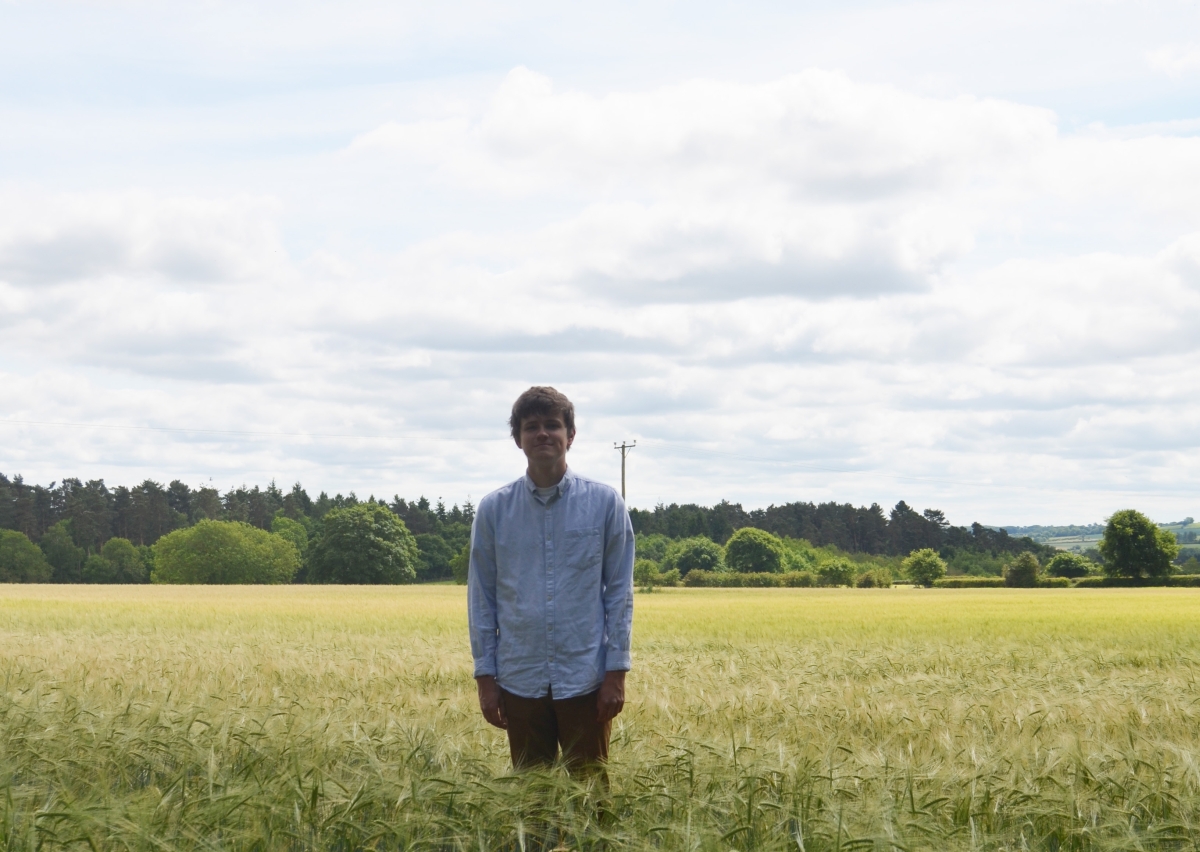 Dune Boy keeps writing songs and there’s a single to precede his second album of 2020, we needed to talk.

The project of a one man prolific songwriter, Dune Boy caught our attention a while back. With two self released albums already out in the usual places, the most recent being his self titled from April 2020, there’s another in the works for November this year.

Originally from Shrewsbury, he’s now based in Liverpool and seems to like it here.

There’s a new single out on 2 October as a teaser for the new album. Called Not Alone (Bus Driver’s Song) it’s a magnificent, yet subtle, comment on the times in which we find ourselves at the moment.

So, as usual, we fire up Zoom to see what’s what.

P3dro: Where are and what are you doing?

Dune Boy: I’m in Kensington (Liverpool) and I’m half way through doing a song for my flatmate’s birthday, as a gift.

P3dro: And how’s that working out?

Dune Boy: Alright, so far. Her name’s Amy, so it’s pretty good to write about. Not some long complicated name.

P3dro: Are you going to give us any clues? Any lyrics?

P3dro: We read something about you that said you try and write a song every day?

Dune Boy: Yeah, I write quite a lot. The hard part for me is always cutting it down, not really finding the material.

P3dro: So, tell us a little bit about your music, your history, where you’re from.

Dune Boy: I’m from Shrewsbury originally. I came [to Liverpool] about a year and half ago. I do, like, acoustic music. Psych, weird acoustic music, I guess. I like the traditional Van Morrison and Bob Dylan – all that stuff. But I also like elements of jazz and the weirder sides of music. I try and bridge the two.

It started off as me just recording for a hobby, doing a home recording thing. I’ve done a few gigs since about a year ago. It’s me. Sometimes I have other people with me, but it’s my project, I guess.

P3dro: What drew you to Liverpool?

Dune Boy: Uni. It’s a great city. I like the size. It’s a good size, Liverpool.

P3dro: Where have you been gigging?

Dune Boy: I used to do a lot in Birmingham, because that is near where I’m from. I had a load booked until Corona came. I have a Liverpool one booked next March at The Jacaranda – it’s been supposed to have be happening for ages, but just keeps getting pushed back.

P3dro: You had an album out in April [2020] and there was an earlier one from 2019 – that’s quite prolific, really. What’s the impetus? There are plenty of bands who go years without putting anything out.

Dune Boy: I guess I’m always working on stuff. It’s what I do everyday. It’s a kind of therapy. It’s a daily routine. And, because it’s always home recorded for me, I’m always working on stuff, I don’t have to save up to get studio time. I quite like that as well. A lot of my favourite music has been home recorded. That’s always been the way I’ve done it.

P3dro: That would have been the next question. Do you work with others? Or is it always on your own?

Dune Boy: Not so far. But I have plans to do so, soon.

P3dro: Because there are tunes on the Dune Boy album that sound like you have backing singers involved?

Dune Boy: Oh, no. It’s all me at the moment. I play all the drums, piano, guitar, bass. I play quite a few instruments. I tend to just hop around them.

In the future, I’m thinking of expanding, especially with live sets. I do want to branch out and get a band.

P3dro: How has the last 6 months been for you?

Dune Boy: It’s been good. I had to leave Liverpool for a bit. But back home, I barely had internet, so I was working on so much stuff – all the time.

The whole of the next album was done in lockdown.

P3dro: Where does the name Dune Boy come from?

Dune Boy: I’ve had the name for years. I’ve had the name for a long time. I used to record on these old cassettes that my Mum gave me and just tagged them “Dune Boy” since I was about 13. I remember seeing the film Dune – it was the weirdest thing I’d ever seen at the time. It’s always stuck.

P3dro: Where do you get your influences from? From music, or books and films?

Dune Boy: Mainly music, but books as well. Lyrics have always been pretty important to me. I spend just as much on [them] as I do on the music.

P3dro: Tell us about the new single. Not Alone (The Bus Driver’s Song)

Dune Boy: It’s about working at a job you really dislike, really find boring. The whole idea started when I was in lockdown. Where I lived, the buses kept on going. You’d see drivers – the same ones doing endless laps with no-one getting on. So I started thinking – I’ve done jobs in retail, which I hated, being on a shift that’s never ending.

P3dro: What are the plans for the new album?

P3dro: Any plans for after that?

Dune Boy: I’m always working on the next one. I did a bit of music for a film. I don’t think I can say too much about it right now. I’ll have to wait and see.